Pelvic girdle pain (PGP) affects many pregnant and postpartum women. PGP impacts daily functioning and quality of life. Unfortunately, symptoms are often not recognized or treated appropriately. A study by Pierce (2012), for example, shows that although 71% of pregnant women told their healthcare professionals about experiencing PGP, and only 25% received any treatment. Many women spoke of how their condition was normalized by their healthcare providers; for example, they were told that back, hip and pubic pain was a normal part of pregnancy and that it would most likely get better after delivery. We know that approximately 45% of pregnant women will develop PGP. If PGP was a “normal” part of pregnancy, than every woman would have PGP, which is not the case.

It is important to recognize that on the whole, PGP does improve for most women postpartum. However, what is not always known is that it can be greatly improved during pregnancy with treatment and postural advice. It is important that pregnant women with PGP feel validated and have their concerns addressed with adequate treatment, so they can enjoy their pregnancies.

The Rost Therapy is a very effective treatment program with fast and lasting results. Within a few weeks or months, women can often return to normal functioning, work and sports. Only a small percentage of our patients still need treatment after delivery. Sometimes emotional concerns can affect pregnant or postpartum women with PGP, which can also impact recovery. It is even more important, in this case, to seek care. Rost therapists have a passion for improving the function and quality of life of pregnant and postpartum women with PGP. They can help guide you in your care.

Research into this therapy

Most women do recover well from pregnancy related PGP in postpartum. Østgaard 1991 found that 1 in 3 women with pregnancy related pelvic girdle pain had no symptoms in the first month after childbirth. However, he also found that at 6 months postpartum, 7 to 18 percent of women experienced severe PGP symptoms. Although this seems to be a small percentage, many of these women may develop chronic symptoms which may last for years.

In 1996, 870 pregnant women were treated with Rost Therapy. On average, they were given three or four treatments during pregnancy and were advised to do their home exercise program and practice the postural advice every day. Of the 430 women at 18 months postpartum follow up (in the study of Röst 2006), only 2 per cent (i.e. 7 women) had severe symptoms at the time of completing the questionnaire. Moreover, at the time of the questionnaire, five of the seven women were either at the end of a subsequent pregnancy or newly postpartum, the sixth woman had depression, and the seventh had not followed the therapy. Compliance and success with the exercise program was high, with 424/430 women reported having benefitted from Rost Therapy and many volunteered to give testimonials to show how happy they were.

Many of the women treated by Rost Therapy became pregnant again. Some experienced signs of pelvic girdle pain again, but followed up with their therapist for one or two refresher sessions. The vast majority of these women soon had their symptoms under control and were able to perform their daily activities. It’s very satisfying as a therapist to be able to help women improve their function and pain. It’s also very inspiring to see how strong and determined women are, despite experiencing pain and disability. With treatment, women can regain control of their function and enjoy their pregnancies, babies, motherhood and more! 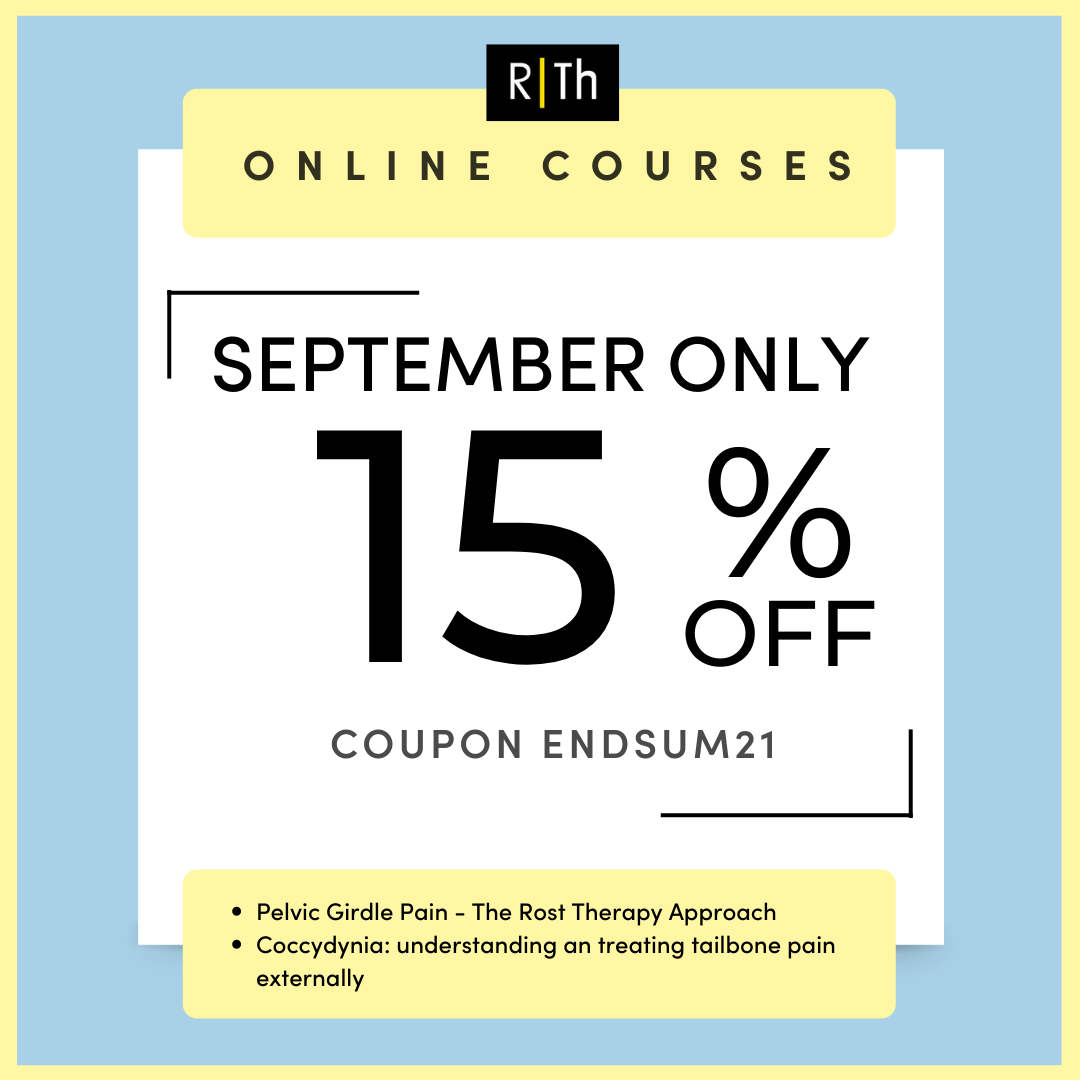 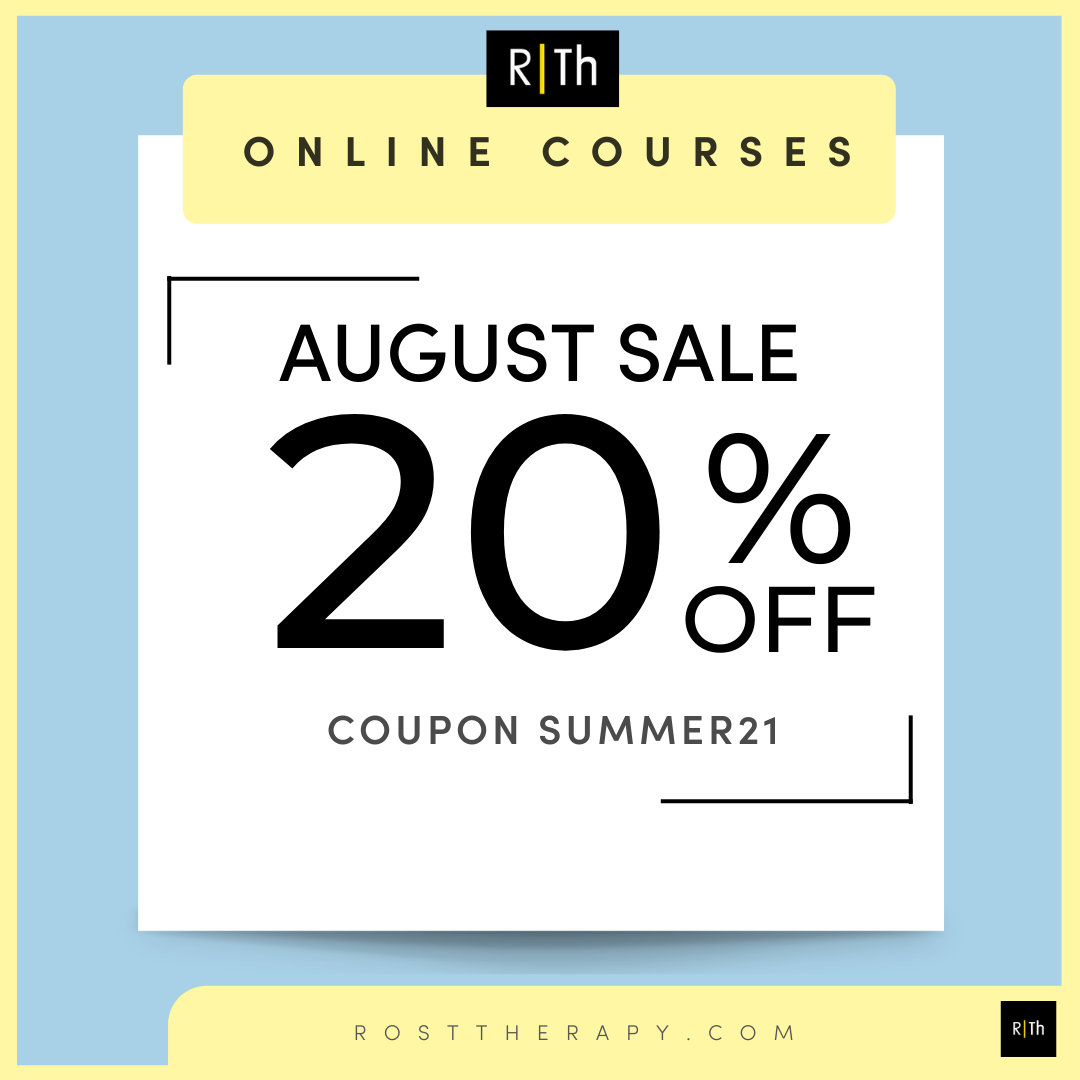 20% OFF all international online courses

Pelvic girdle pain: one hot pack too many?!