Cecile lives and works in Leiden, the Netherlands. She manages Centrum BTR, a paramedical centre which includes MoVeS Manual Therapy clinic and other physical therapists. Cecile’s therapeutic career has been devoted to the treatment of women and children. Cecile has worked in Pakistan, Germany and in the Netherlands. She has had years of training in pediatric physiotherapy, sensory integration therapy and manual therapy, which have influenced her perspective as a professional. Cecile, from a large family with seven children, initially focused her work on children with behavioral problems such as ADHD and autism.

Cecile experienced Pelvic Girdle Pain (PGP) in all three of her pregnancies. In her third pregnancy, using her own instincts rather than traditional treatment, Cecile devised exercises and postures which helped improve her own PGP. Since then, her work has acquired a different direction! Soon after childbirth, Cecile treated other pregnant and postpartum women with PGP using her own formula of exercises and therapy. She became inundated with requests for treatments from hundreds of women, both from home and abroad. Cecile then worked on research to determine effectiveness of her approach, and to discover how and why this approach worked. International publications, lectures, and many courses followed.Cecile completed her Clinical Epidemiology Masters Degree from the University of Amsterdam in 2017 with the development and validation of a new condition specific and multifactorial questionnaire: OCI-PGP (soon to be published). After this, she will continue her career in scientific research into treatments for pelvic pain.

Susannah has a BSc Honours Degree in Physiotherapy from Manchester University, England, and a Diploma in Manual and Manipulative Therapy. She has integrated pelvic floor physiotherapy and pain science (biopsychosocial approach) into her practice. Susannah works in Vancouver, BC, Canada at the Centre for Pelvic Pain & Endometriosis, an interdisciplinary program for persistent pelvic pain at the BC Women’s Hospital and Health Centre and in private practice. Susannah’s passion is to help women overcome years of pain and disability. A majority of her patients have had Pelvic Girdle Pain (PGP) for many years, if not decades. By teaching other therapists the Rost Therapy method, Susannah hopes to break the cycle of chronicity, by ensuring more and more women have their PGP managed well in pregnancy and postpartum.

Susannah experienced PGP in her first pregnancy and was unfortunately not aware of the Rost Therapy approach at that time. However, the program was very helpful for her, even years after her delivery. She still uses the exercises regularly to this day.

Cecile and Susannah have taught Rost Therapy courses as a team for many years in Canada, and have jointly developed this website and the app Rost Moves Mamas. 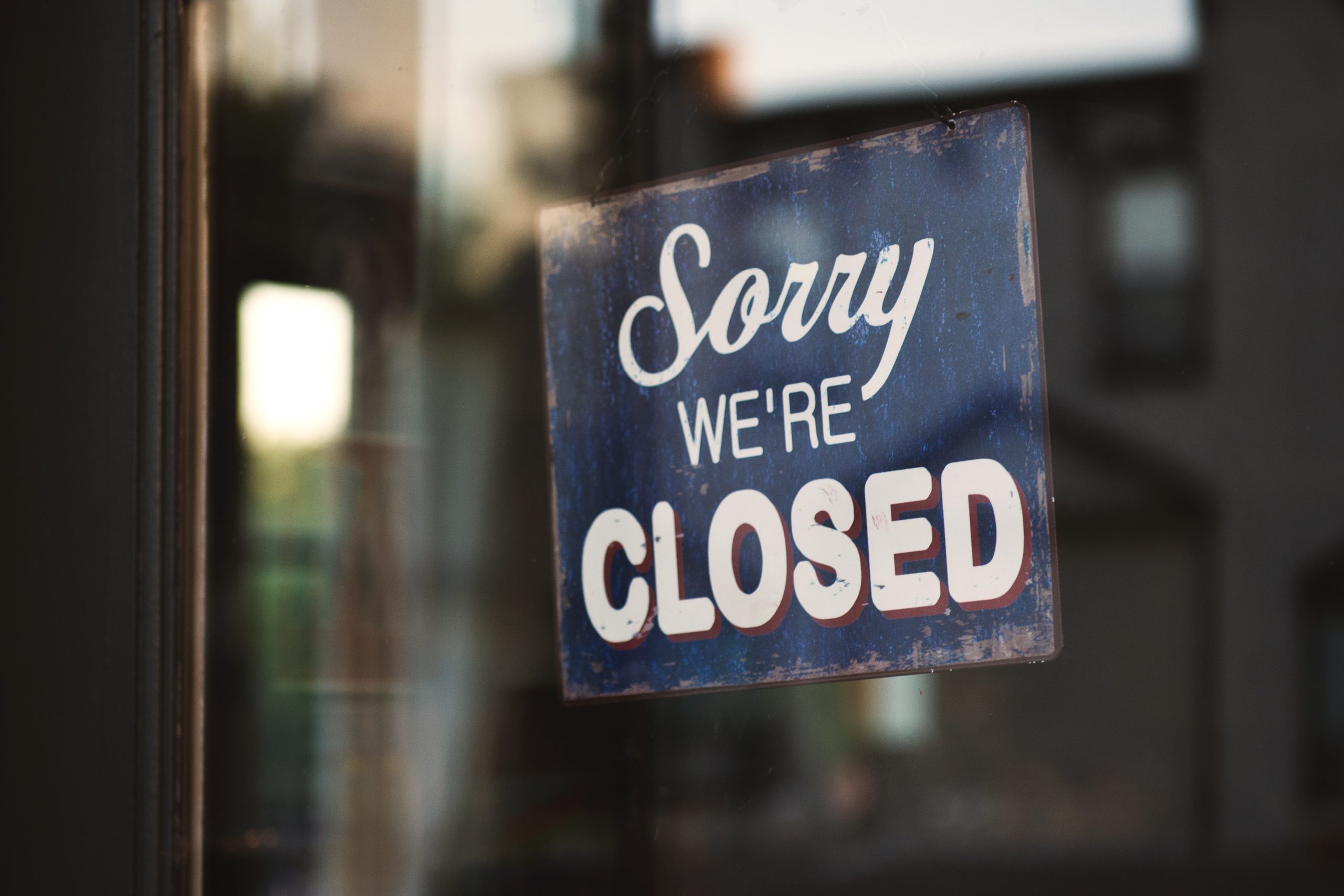 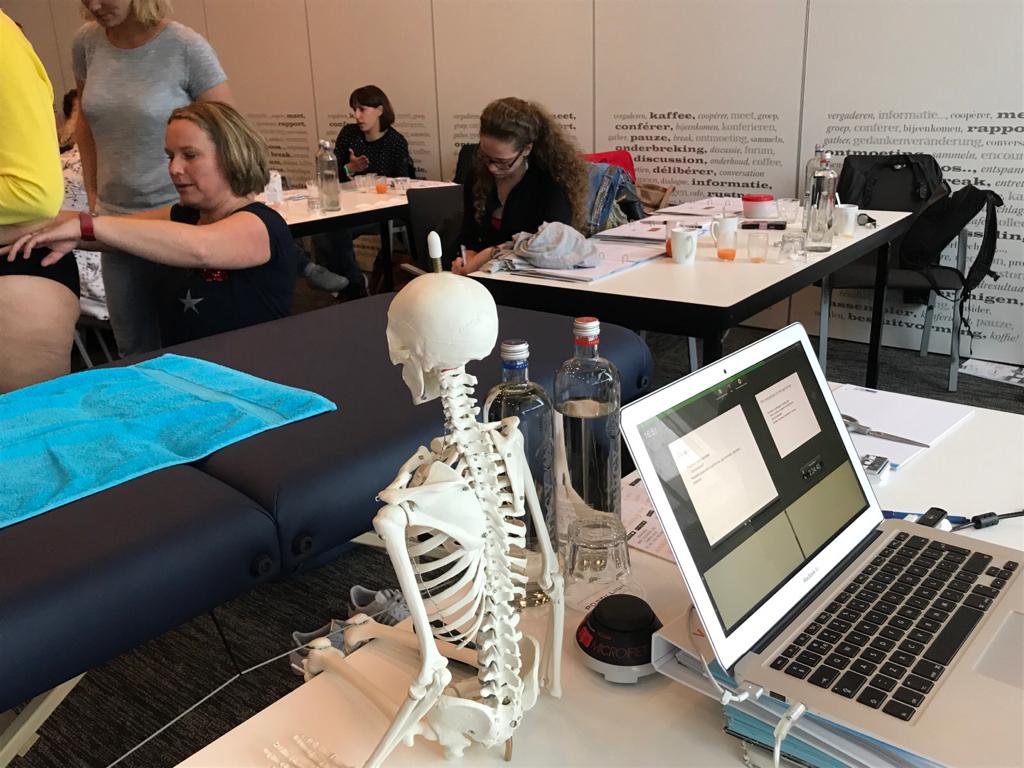 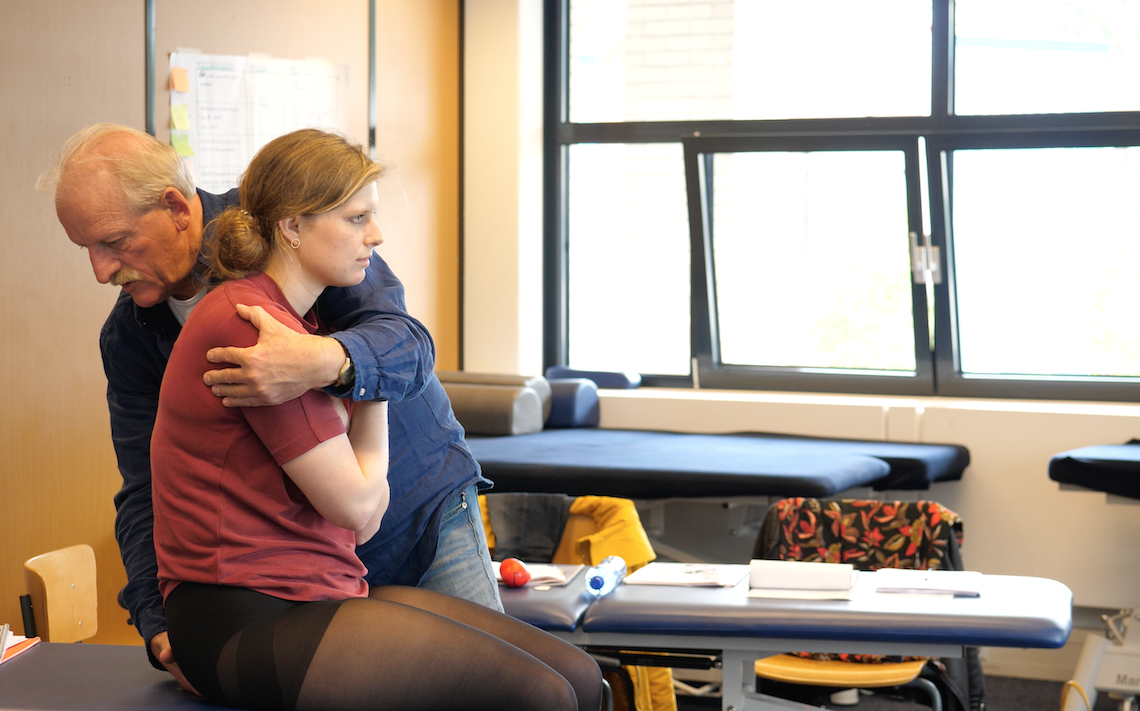 We have a new course: Coccydynia!